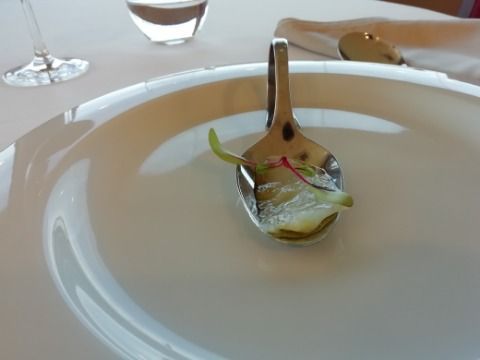 Riojan gastronomy is focused on excellent, local and fresh ingredients and traditional recipes and preparations. It is one of the best food cities in all of Spain and the current renaissance the region is experiencing has brought modern flair to this traditionally exquisite cuisine. The best wine in the world deserves the best partner.

Riojan gastronomy has two main strengths: excellent local ingredients and traditional recipes and preparations handed down from generation to generation. Riojan cooking is simple but delicious featuring excellent meat and fish and some of the best produce in all of Spain. Hera are some dishes you must try during your visit to the region.

This is a must when you visit La Rioja. It is the signature dish here. Made with potatoes and chorizo sausage it is seasoned with onion, garlic and paprika.

This is a bean dish which is stewed with a variety of vegetables and chorizo which is a staple of riojan cuisine.

Another stew. This dish features a similar bean to the white kidney bean slow cooked with quail. To die for.

Though this dish is usually associated to nearby Navarra, it is also very popular in La Rioja. La Rioja has wonderful local farms and the vegetables in the region are top notch. It usually features onion, artichoke, green asparagus, peas, green beans, and anything else that might be in season. Someone who knows how to prepare a Good menestra Will cook each vegetable one by one, since they all have different ideal cooking times.

This is the most typical riojan sauce which can accompany fish and meats alike. It is made with garlic, onion, peppers and tomatoes. Look for chicken with fritada or cod with fritada, you won’t be disappointed.

Cod served with a red pepper and tomato sauce.

Traditionally this would feature some form of preserved tuna but now this dish is more likely to feature fresh tuna stewed in a sauce made with onions, tomatoes and red peppers.

The Lamb chops are grilled over grape vine wood. This wood infuses the meat with a particular flavor and it is said that this particular wood burns at the exact temperature needed to perfectly cook meat.

Many eateries give this traditional dish a modern twist.

It’s very common to see embuchados in bars. It’s a ball made from lamb tripe that is grilled and served on a stick.

Also keep an eye out for local chorizo and cheese. Los Cameros cheese is particularly Delicious.

Very simple dessert and very typical of the region, for obvious reasons.

This dessert is part of the Arab legacy of Rioja. Traditional Spanish puff pastry filled with almond paste. These are particularly popular in Arnedo, although you can find them all across Rioja.

This is made from the molasses of evaporated grape juice. It used to be a common snack in riojan households.

This is more of a seasonal offering, but it is not uncommon to see it served year-round. It is the improved Spanish version of French toast. Modernized versions feature white chocolate or Cherry coulis. I’m getting hungry just writing this.